Award Success for our Mpeople Stars!

On Friday 26th April our Mpeople teams celebrated a year of success at the Major Recruitment Group Awards evening. The 2018/2019 Financial Year was a great success for Mpeople Recruitment, with new individuals joining our teams, and consultants raising the bar by beating their personal bests.

The Major Awards evening is an annual event where the Major Recruitment Group recognise the outstanding contributions and successes of employees, and where the whole group come together to celebrate another successful year of providing a high standard of recruitment services.

Animal Health & Nutrition Manager, Alexandra Guy was amongst the individuals that scooped up more than one award on the evening.

Alex was recognised for her achievements as she was presented the for ‘Highest Retainer Perm Fee across the Major Group of Companies’ award, and also the ‘100k Club’ award.

It was also a successful evening for our Accountancy & Finance division that was established in January 2019. The team that consists of Aaron Conneran, Sophie Regan, and Harriett Busby, were awarded ‘Start Up Team of the Year’.

Manager Aaron Conneran was another individual that was presented with the ‘100k Club’ award.

Other members of Mpeople Recruitment made the short list for a number of awards, including Harriett Busby and Sophie Regan that were both nominated for ‘Newcomer of the Year’. 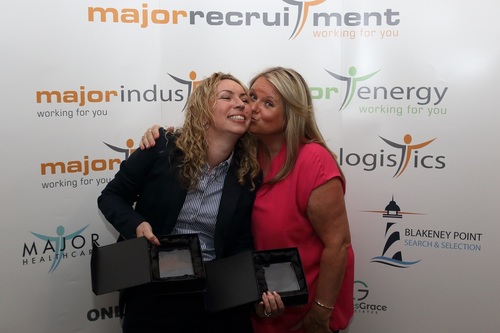 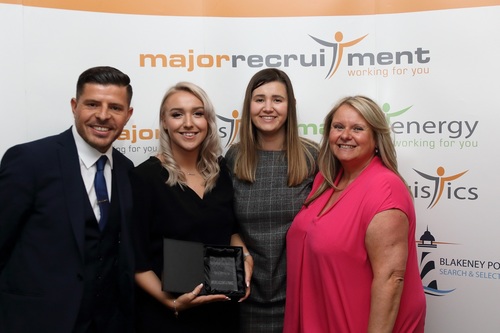